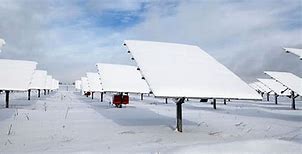 It has recently been announced the Government intends to introduce a carbon tax on meat, cheese and gas boilers as part of its commitment to tackling climate change. This is the conjunction of two ideas, which are constantly repeated in the media and believed by a great many people, even though neither of them makes much sense. The first is the universally held belief that our climate is controlled by the level of atmospheric carbon dioxide. The second is the modern notion that the rearing and eating of meat is bad for us and the planet.

The climate of Earth is a complex and chaotic system influenced by many variables, which include changes in solar radiation, cloud cover, ocean currents, volcanic activity, planetary orbits and El Nino events. Changes in the climate occur slowly but continuously. For millions of years the planet has been either warming or cooling. Carbon dioxide is a trace gas with a concentration of 0.04% of the atmosphere. It has the ability to absorb a narrow band of energy and prevent that particular wavelength of heat from escaping to space. It can, therefore, be called a greenhouse gas. However, its effect on the climate is so small as to be insignificant when compared to water vapour and, more importantly, the sun. Boris Johnson’s belief that that he can turn down the thermostat of the entire planet by tweaking the level of CO2 is naïve and unproven. It also ignores the recent decline in solar activity which has created a Grand Solar Minimum; an event likely to decrease global temperatures.

An interesting website called Weather-Report.com collects daily data from 28 weather stations around the UK and they state, “For the last 22 years, the weather has been very stable; with no statistically significant change in temperature, pressure, humidity, wind speed, sunshine, rainfall volume or duration.” World-wide observations also show that the climate crisis does not exist other than in the extrapolations of computer models.

NASA satellites have shown the increase in atmospheric CO2 over recent decades has made the Earth greener. Carbon dioxide is not a pollutant; it is vital plant food. A further increase in CO2 would boost the growth of vegetation, but if extreme measures are taken to reduce levels to below 0.02%, the zealots of ‘climate-change’ risk crop failures and famine because plants cannot grow below that concentration of carbon dioxide.

Despite all this evidence, Boris Johnson is going to push through legislation to ban petrol cars and gas boilers. As with lockdowns to contain a virus, he has not given the slightest thought to the consequences. He has no plan to replace all that energy with a viable alternative. Solar panels covered in snow and stationary windmills during a lull cannot provide enough energy to heat our homes during cold winters. Man-made climate change is not real; it is an agenda which makes certain people a lot of money.

The other hoax which has been dove-tailed into this deception is the ‘eat less meat to save the planet’ agenda. The argument states that because ruminant animals, like cows and sheep, belch methane into the air they are adding to global warming and we must reduce their numbers. Even if you still believe that trace gases containing carbon trap enough heat to alter the climate, this argument is still nonsense. The methane is a by-product of a ruminant’s digestive system and involves up to 5% of the carbon atoms in their food. Cows and sheep eat plants and all the carbon in those plants was originally extracted from the air during photosynthesis. Farm animals do not emit carbon-containing trace gases; they recycle some of them. Ruminant animals evolved about 50 million years ago and have been belching methane throughout the many hot periods and ice-ages that have occurred across that timescale.

There is a huge and co-ordinated anti-meat movement operating across the world. It began in the 1860s with the Seventh Day Adventist Church, which still has considerable influence over official dietary guidelines. The World Economic Forum has declared that by 2030, ‘you will eat less meat’, whether you like it or not. British newspapers have been paid considerable sums to write regular articles condemning the meat industry. An organisation called the EAT-Lancet Commission has devised a Planetary Diet, which has very strict limits on the consumption of any animal sourced foods. The idea of a prescribed diet for the whole planet is typical of authoritarian regimes who have no respect for the essential part that food plays in the world’s vast array of cultures, customs and environments. None of this is based on nutritional science; it is entirely driven by a group of people with a fervent desire to prevent everyone else from eating meat. The trick they are trying to perform is to reduce meat consumption to such a low level that livestock farming becomes unviable. Then there will be no alternative to a plant-based diet.

Meat is the most nutrient dense food we can eat. It contains all the essential amino acids we need and is referred to as complete protein. Meat contains a wide variety of vitamins and minerals. Many of these are in either the active form required by humans or in a more easily digested state than those in plants.

Long chain omega-3 fatty acids are often associated with fish and fish oils but red meat contains a significant amount of these vitally important fats too. They are usually referred to as DHA and EPA and plants do not contain any. They are essential for brain function and development; they help fight depression and anxiety; they reduce the risk of Alzheimer’s disease and ADHD. DHA is a major component of the retina of the eye and is vital for vision.

Red meat is an excellent source of vitamin B12. It is essential for a multitude of functions related to both the circulatory and nervous systems. Plants possess neither of these structures and consequently contain no B12. A deficiency of this essential vitamin can lead to depression, Alzheimer’s disease, anxiety, hallucinations, seizures, anaemia, macular degeneration, failure to thrive, birth defects, brain atrophy (especially in children of vegan mothers) and severe cognitive decline.

It is typical of politicians to think they can alter the climate by making people pay more tax. I am genuinely frightened by how ill-informed our Government ministers are. A carbon tax on animal foods will not make one iota of difference to the climate but it will inevitably make nutritious food too expensive for the poorest people in society. These are the people who already suffer the worst levels of ill-health. Boris Johnson’s inability to consider the consequences of his virtue-signalling is about to make that situation even worse.

I urge you all, please, write to your MP and demand that a tax on animal foods never becomes law.

3 thoughts on “The Folly of Carbon Taxes”