The introduction of the National Dietary Guidelines in 1983 caused this catastrophe for our health. The recommendations were copied from the American Dietary Guidelines of 1977. Because of an unproven and irrational fear of dietary fat, we were all told to eat a high-carbohydrate, low-fat diet and to follow the food pyramid. Rates of obesity turned sharply upwards immediately afterwards.

Fat does not make us fat and nor does it increase the risk of heart disease. It is too much carbohydrate that makes us fat. All carbohydrates digest down to sugars, which increase the production of the hormone Insulin. Insulin takes the excess sugar out of the blood stream and stores it as fat. Insulin also prevents the use of our body's fat stores for energy. To lose weight we have to reduce Insulin levels and the only way to do that is to reduce carbohydrate intake. The high-carbohydrate, low-fat diet caused the obesity epidemic and the only way to lose weight is to do the opposite of what we have all been told to do for decades.

The before and after pictures on the right are taken from the Twitter account of Kelly Hogan. She achieved this remarkable weight loss with a very low-carbohydrate, high-fat diet. She did not count calories and she did not go hungry. The man on the left is Derek, who was an obese, 34 year old Australian when he ignored official dietary advice and changed to a low-carb, high-fat diet. Both of them stress how much better they feel and how easy it is to keep weight off.

We are frequently told to reduce the number of calories we eat in order to lose weight. This can work in the short term but it never works long term. People on calorie restricted diets invariably put all their weight back on because weight is controlled by hormones and metabolism. Our bodies do not contain a calorie counting gland. Cutting calories slows our metabolism, and increases our sense of hunger. We become cold. lethargic and irritable. When we eat all the food we need but keep our insulin levels low, we feel energetic, healthy and greatly reduce our cravings for food.

The people of the UK are 2,000 million pounds overweight. This tragic burden makes us ill and unhappy. We became like this because the ‘experts’ got it completely wrong. This website contains the information we need to become healthy, happy and to reach an appropriate weight. We can do this without dieting, without counting calories and without feeling hungry. By eating the correct types of food, and avoiding the wrong sort of food, we can heal our metabolism and reduce our waistlines to where they ought to be. If enough of us lose our excess weight, we, as a group, can collectively lose one million pounds. We would all improve our health and happiness but we would also show the ‘experts’ why they are wrong. More importantly, we would inspire the people still carrying 1,999 million pounds of excess weight to do the same thing. We could be part of a movement that transforms the health of the nation and saves the NHS billions of pounds every year. Do you want to be part of this?

"I fully endorse Charlie Spedding’s intervention, the goal of which is to help those living in Great Britain to lose one million pounds of body weight by reducing their carbohydrate intake and by eating more healthy fats. We know from experience around the world that this intervention would dramatically improve the health and reduce the medical costs of those who commit to this simple method for losing weight and improving health. This is a very important intervention led by a world class athlete who understands that you can’t outrun a bad diet. For our health, we have first to sort out our diet, then we can add the exercise. But without the right diet in the first place, our efforts are largely wasted." 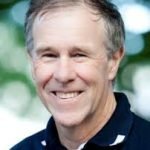 If you want to lose weight without feeling hungry and without counting calories, join the Stop Feeding Us Lies Health Club today. Learn how to improve your health and reduce the risk of metabolic disease by choosing the correct food. Plot your progress on your own Weight and Health Tracking page.

The information on this website is carefully researched and validated but it does not constitute medical advice. The authors of this website encourage you to increase your knowledge so you can make your own decisions. The decisions and actions you take are your responsibility. If you need help, seek the advice of a qualified medical practitioner.