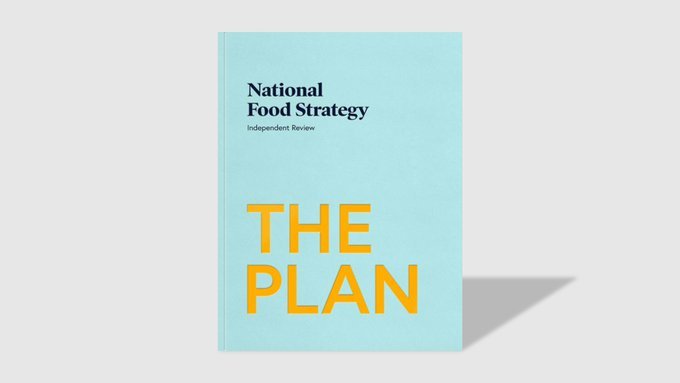 An open letter to Henry Dimbleby

In writing a National Food Strategy, you have been tasked with a job which carries a huge workload and equally large responsibility. I commend you on all your hard work. I believe you have produced your plan with a genuine desire to improve the food system in the United Kingdom. There are aspects of your work with which I totally agree: we are an overweight, unhealthy nation because of the poor quality of our diet, and we must change the way we eat to improve health and unburden the NHS. However, there are parts of your strategy with which I totally disagree.

I am a retired Pharmacist. I left my profession feeling frustrated and disillusioned because so many people were taking their medication diligently but never getting better. The drugs were treating the symptoms of their disease but not the root cause. I spent almost 5 years researching and writing a book about why so many people in Britain are ill. It took me so long because I covered a great deal more than just food and because I had to overcome my preconceived biases. I used to be an Olympic Athlete and I believed that everyone would be healthier with more exercise. The more research I did, the more I realised my assumptions were wrong. Whilst exercise is important for good health, the real problem is the food we eat. There is so much misinformation, dogma and downright corruption in the world of food and health I called my book Stop Feeding Us Lies.

I argue that the dietary advice given by the NHS is responsible for the obesity epidemic and all the co-morbidities that go with it. This situation has continued for decades because the hierarchy in the Health Service never steps back and asks itself, ‘Are all of the assumptions we work with factually correct?’ Groupthink has taken over and the experts and the media endlessly repeat the same story, which nobody bothers to examine. I am sorry to say, Mr Dimbleby, I believe you may be guilty of the same thing. You have completely accepted some of the dogma of the day and you appear not to have questioned your assumptions. I believe these assumptions are wrong, which means that parts of your argument are spurious because they are built upon fallacies.

I was somewhat surprised that in a 289-page report on Food Strategy there is no mention of the nutritional benefits of different foods. Surely this is by far the most important factor in any dietary policy? The only nutritional measurement you mention are calories. You seem to think we will reduce obesity by eating fewer calories. This approach has been tried for decades and always fails. Weight is controlled by hormones, mainly insulin, and hormones are affected by the type of food we eat. This was proved in 1956 by Kekwick and Pawan and published in the Lancet. They demonstrated that eating fat does not make us fat; it is carbohydrate that makes us fat. Natural fats do not raise insulin levels and therefore do not increase fat storage. Fats, especially animal fats, have been demonised for decades without any robust evidence against them. However, you quote the oft repeated mantra about reducing food high in ‘sugar, salt and fat’. Indeed, you want to tax sugar and salt.

‘Sugar, salt and fat’ is repeated in the media as if all three are interchangeable in their health-destroying properties. There is no human requirement to eat sugar, nor the carbohydrates from which it is derived. Too much sugar leads to health problems ranging from tooth decay, mood swings and acne all the way to diabetes, blindness, heart disease and amputations. We need to reduce our sugar consumption. Salt, however, is an essential nutrient; our blood is a saline solution and sodium is needed for the transmission of every nerve impulse. People have died of hyponatreamia, or lack of sodium, at running events when they have drunk too much water. Salt is essential for life but you want to put a large tax on it. Fat is also essential for our health; all our cell membranes are made of fat molecules and our brain structure is 65% fat. You are hoping to tax manufacturers into reformulating their food to reduce these three ingredients. What sort of chemicals do you imagine they will substitute them with? Food labels already read like an inventory for a chemistry lab.

Instead of changing the ingredient list in manufactured meals, you should be recommending that people change from eating ultra-processed food and spend more time cooking their own real, natural food. I understand that for many people both time and cost are issues, which make this difficult. The health benefits, however, are so obvious the message should be spoken loud and clear. Fresh food from a farmer or fisherman will always be nutritionally superior to food from a factory. Why not promote home cooking at every opportunity?

You recommend that we all reduce our meat intake by 30%. We became the dominant species on the planet because of our large brains. We evolved excellent brains because our ancestors ate the meat and fat of the big animals they chased and caught. Red meat is the most nutrient-dense, easily absorbed food humans can consume (along with liver and eggs). The fat in our brain structure is largely animal derived. Indeed, 12 % of our brain is made of the omega3 fatty acid DHA (docosahexaenoic acid). DHA is essential for a multitude of processes in the brain and some neurologists suggest that conscious thought is impossible without it. There is no DHA in the fruit and vegetables you recommend. There is also no Vitamin B12 in plants. B12 is essential for the production of red blood cells and the myelin sheath that surrounds all our nerve fibers. Persuading us to eat less meat will inevitably lead some people into nutrient deficiencies which will damage their health and further burden the NHS.

Taking a broader view of your National Food Strategy, it is not really about food: it is about land usage and climate change. Your document mentions vitamins seven times, climate change 112 times and methane 109 times. This is the other area where it seems you have not failed to question your assumptions and made no attempt to challenge the dogma of the day. There is a powerful anti-meat lobby which constantly promotes the idea that eating red meat is bad for our health and for the climate. Both these claims are wrong. You have written page after page of anti-meat propaganda, which does not stand up to scrutiny. You perpetuate some of the most extreme views I have ever read. I quote, ‘The methane produced by ruminants is estimated to have caused a third of total global warming since the industrial revolution.’  Do you believe, Mr Dimbleby, that the digestive system of cows is a major influence on the climate of this planet? GCSE level biology explains why this cannot be true.

Grass grows by taking CO2 out of the air. With the help of energy from sunshine and water from rainfall, grass converts atmospheric CO2 into molecules of carbon, hydrogen and oxygen. Some of these carbohydrate molecules, called cellulose, are used to create new blades of grass and some, which are more simple sugars, are passed down the plant and into the roots. To keep the arithmetic simple, let us assume a blade of grass absorbs 100 molecules of CO2 and that 80 of them are used for growth and 20 of those carbon atoms go down to the roots, where they will stay if the ground is left undisturbed. A cow comes along and eats all those 80 carbon atoms in the grass. The bacteria in her rumen get to work and convert plant cellulose into the fatty acids and proteins that the animal needs to grow. A by-product of this process is methane gas which is produced at a rate of approximately 5% of the food eaten. Therefore, for every 100 molecules of CO2 absorbed by grass, cows return 4 or 5 of them to the air as methane. Simple arithmetic and basic biology show it is impossible for cows, or sheep, to add greenhouse gases to the atmosphere. They simply recycle a few of them.

You correctly state that methane in the atmosphere is oxidised to CO2 after about a decade, but you stress that it is a much more potent greenhouse gas. In laboratories, that appears to be true, but in the real world it is not true. Water vapour is the most effective greenhouse gas by far. It accounts for 90% of all the heat trapped in the atmosphere; the heat which stops us all from freezing to death. Methane only absorbs infra-red radiation at wavelengths of 3.3 and 7.5 microns. Water vapour is very active at those wavelengths and any effect methane might have is completely masked by the action of water. Methane, therefore, has no significant effect on the temperature.

History, as well as physics, proves your statement is wrong. Ruminant animals evolved about 50 million years ago and they have been burping methane throughout all the hot periods and ice ages of that enormous timescale. The figure below shows atmospheric methane levels over the last 1,000 years, measured by ice-core samples. Methane remained remarkably constant until the Industrial Revolution. During the first 800 years of this graph there were an estimated 65 million bison roaming the grasslands of the American Midwest.

I quote you again, Mr Dimbleby, ‘If all the ruminants on earth mysteriously vanished tomorrow, it would take roughly twelve years for the methane they have already produced to leave the atmosphere almost completely. After a couple more decades, the temperature of the planet would have cooled to the same temperature as if those animals had never existed.’

The second figure, below, shows the fluctuations of temperature over the last 2,000 years. Focussing on the last 1,000 years we can compare methane levels, above, with temperature. The methane graph begins with the height of the Medieval Warm Period. Temperature then cools until we are plunged (by the Dalton Solar Minimum) into the Little Ice Age. Temperatures begin to warm again in the early 1700s. Throughout all these temperature fluctuations, methane levels stayed exactly the same. They had no effect on warming or cooling. Whoever you have been listening to, Mr Dimbleby, has led you up the garden path and you have taken them at their word.

You give a passing mention to regenerative agriculture but fail to emphasise its huge benefits to soil health and fertility. Allan Savory has proved that increasing the number of ruminants on the land improves soil fertility and the ground’s ability to absorb and store water. We should have more cattle and sheep on the land and in our diet, rather than less.

NASA satellites have clearly shown that the recent increase in CO2 (plant food) has enabled vegetation to thrive and the world is considerably greener now than when carbon dioxide levels were lower.

There is so much more I could say, but I will make this final comment. You recommend a nationally approved diet and a land use plan overseen by the Government. Do you really believe that Boris Johnson and his cronies could provide better stewardship of the land than experienced farmers, who have been educated in the benefits of regenerative agriculture? Do you think a ‘national diet’ will be free from the influence of global food corporations and their processed fake-food? I, for one, do not.

2 thoughts on “The National Food Strategy”