“Unthinking respect for authority is the greatest enemy of truth.” Albert Einstein 1901.

“We will remove any medical comments that do not align with WHO advice.” Youtube CEO 2020.

To say these are strange times would be a great understatement. Everybody’s life has been disrupted either by Covid-19 or the Government’s reaction to it. An unprecedented ‘lockdown’ was forced upon us all to ‘flatten the curve’ and ‘prevent the NHS from being overwhelmed’. The newspapers and broadcast media have urged us to ‘stay at home and save lives’ to the exclusion of almost every other topic. Although millions of words have been written about Covid-19 already, I am adding a few more because I believe important information has not been made widely available.

Neil Ferguson is an epidemiologist at Imperial College, London, whose predictions have greatly influenced the Government’s actions. Using computer modelling techniques, he predicted, originally, that 500,000 people would die, in the UK, from this virus unless a severe lockdown was implemented. Before we thank him for his foresight, we should remember that he also predicted that ‘Bird Flu’ would kill up to 200 million people world-wide. It killed 440. He also said that ‘Mad Cow Disease’ would kill 50,000 in the UK. The death toll was just over 200. (He has just resigned from his Government advisory position for breaking the lockdown he recommended.)

Having shut down our lives, the Government needs to justify that action. One of the ways they do this is to count every death as a Covid-19 death if the victim had the virus, or had the symptoms of the virus. Doctors are currently allowed to assume someone died of Covid-19 when completing a death certificate. We will never know how many people died of the virus or died of something else whilst they had the virus. Whatever the death toll turns out to be, it will be nowhere near Prof. Ferguson’s number.

“The coronavirus does not discriminate.” In March we were told this on several occasions and it is true that anyone may be infected. However, when it comes to who dies, the virus certainly appears to discriminate. It almost exclusively takes people who are already suffering from metabolic diseases and old people whose natural immunity is impaired.

Vitamin D. A pre-existing condition, which is never mentioned during the Government’s daily broadcasts is Vitamin D deficiency. Nearly everybody in the UK is lacking vitamin D at this time of year following the winter. It has been shown to be a vital part of our innate immune system and previous studies have demonstrated its ability to tackle respiratory, viral diseases, like influenza. In some places doctors have tested their Covid-19 patients and discovered exceptional results.

This first study is from Indonesia and the second from America –

It is clear from these results that Vitamin D deficiency is a pre-existing condition which greatly increases someone’s chance of dying when contracting Covid-19. If our health authorities were aware of this surely they would encourage us to sit in the sun, whilst social-distancing. Instead, they have allowed the police to move people on, who are trying to improve their immune systems via sunlight. The NHS advises us to protect ourselves from the direct rays of the sun, which is our evolved way of producing Vitamin D. Too much sun can be bad for us, but too little is also detrimental.

In the UK, winter sunshine is too weak to stimulate vitamin production. However, we can get vitamin D from food but the active form, D3, only comes from animal sources like fatty fish and eggs. It is fat soluble and we need fat in our diet to absorb it. The NHS dietary guidelines advise a low-fat diet. They also advise a reduction in cholesterol levels, which is a huge problem because cholesterol is an essential part of the process that creates vitamin D when sun shines on our skin.

Inflammation. In human biology, the term inflammation is used to describe a complex process in which a variety of molecules are released into the blood stream by the immune system to fight infections. The swelling and redness that comes with an infected cut is an essential defence mechanism. However, some people can have a long-lasting, low-level of inflammation which can be harmful. When people die from the coronavirus they often suffer a ‘cytokine storm’. Cytokines are messenger molecules which trigger immune responses but, if too many are produced, the immune system can over-react and start attacking our own cells as well as those of the virus. This can cause death by multiple organ failure.

Having high-levels of inflammation before we are infected increases the odds on suffering too much inflammation during an illness. We can improve our odds by having very low levels of inflammation. The essential omega fatty acids play a role in this process. Omega-3 reduces inflammation while Omega-6 increases inflammation. It is believed that our evolutionary diet had a one-to-one balance of these two nutrients. Modern diets can contain a ratio of 16 to 1 in favour of the pro-inflammatory Omega-6. This has happened because we have all been persuaded, by the NHS Dietary Guidelines, to replace traditional lard and dripping in our cooking with ‘vegetable oils’. These modern, industrially-extracted oils have a very high percentage of Omega-6 and are rife in processed foods. Interestingly, Vitamin D is a potent anti-inflammatory and can greatly reduce the chance of a cytokine storm.

The Lockdown. We have all accepted an extraordinary curtailment of our freedoms and livelihoods because we have been told we have to ‘save lives’. Nobody seems to know how much damage will be done to society, the economy, and other health problems as a result of the lockdown but with tens of thousands of people already made redundant, the consequences will be severe. Recent surveys have shown that many people are too afraid of the virus to want their normal freedoms back.

The evidence here shows that the best way to save lives is to be metabolically healthy with low blood sugar and high vitamin D levels. Why is the Government failing to tell us any of this information? We cannot know their motives, nor the motives of their advisers, but to do so would mean admitting that the official dietary advice is wrong and has been for decades.

The Government never tells us to improve our metabolic health and innate immune systems. Instead, it promotes vaccines, testing and phone-tracking apps. All of these things will make some companies a lot of money. Sunbathing, for a short time, without sunscreen and eating low-carb, high-fat, real food from a farmer or fisherman will not make anyone a fortune. However, we can all do these things and, not only reduce our risk from Covid19 considerably, but also improve all aspects of our health for years to come. The real pandemic here is not so much the virus as the pandemic of metabolic syndrome which the virus has remorselessly attacked. 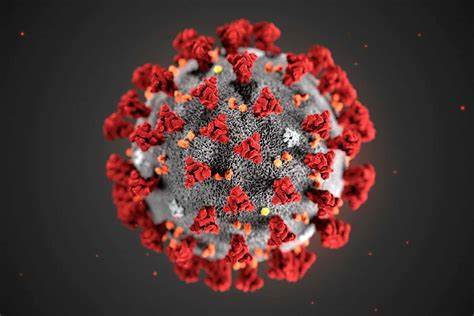 I wrote a tweet recently comparing the extraordinary global response to Covid-19 and the total lack of response to the millions of people who die each year because of metabolic syndrome. Several people replied that you cannot compare the two because one is infectious and the other is not. They suggested that we cannot do anything about the virus but we can all chose to improve our metabolic health. I wasn’t comparing the diseases; I was comparing the response to them. Metabolic disease will kill more people this and every year than Coronavirus but the authorities make no bold efforts to examine the reasons for those deaths.

There are a few important things to add to this debate.

Vitamin A: This study shows the importance of adequate levels of vitamin A for correct lung function. Vitamin A Deficiency and the Lung

Of course, the best source of vitamin D is from sunlight on our skin (without sunscreen). However, during a British winter, it is not possible to get enough sunshine to create adequate amounts of this essential substance and we have to get it from our diet. It is worth remembering that it is a cholesterol molecule that is converted to vitamin D in the skin. Eating a lot of plant sterols (or taking statins) will reduce levels of cholesterol and potentially lower our immunity.

Diabetes I mentioned earlier that many of the fatalities are among people with diabetes. This study shows why that may not be a coincidence. Glycolytic control: A mechanism to regulate influenza viral infection

This is a quote from the Abstract of the study: “As new influenza virus strains emerge, finding new mechanisms to control infection is imperative. In this study, we found that we could control influenza infection of mammalian cells by altering the level of glucose given to cells. Higher glucose concentrations induced a dose-specific increase in influenza infection.”

A low-carbohydrate diet, as recommended on this site, has many more benefits than just weight loss and reversal of type 2 diabetes.

Minerals Some trace minerals have a profound effect on the integrity of our immune systems. Three of the most important ones are thought to be Zinc, Iodine and Selenium. They only occur in decent amounts in whole, unprocessed foods. Processing greatly reduces the mineral content.

Zinc is quite well-known for fighting the common cold. It is found in meat, shellfish, lentils and beans, nuts, dairy and eggs.

Iodine is essential for thyroid function and the thyroid is important for immunity. There are few good sources of iodine but the best include cod, tuna, shrimp, eggs, dairy, iodised salt and seaweed!

Selenium is an antioxidant that we require in trace amounts. Too little causes problems but so does too much. It is better to eat healthy foods than take supplements that may provide too much. The best sources of selenium are brazil nuts, pork, beef, chicken, cottage cheese, eggs, mushrooms and spinach.

Good metabolic health, weight, blood sugar and an excellent immune system all come from eating the diet we evolved to eat: a low-carbohydrate diet of mainly animal-sourced protein and fat. What we eat can definitely improve our chances of fighting off the worst effects of Coronavirus. Why is the Chief Medical Officer not telling us this?