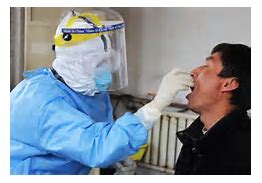 The media is still full of horror stories about Covid19. The Government is still imposing local lockdowns and international quarantines in and from a constantly changing array of locations. The fear of this viral disease is rampant and constantly maintained by the mandatory wearing of face masks so that wherever we go we are reminded that our fellow humans may be dangerous. The graph below of Daily Deaths shows that for the last two months there have been almost no deaths related to the Coronavirus. So why do we suffer all this loss of liberty?

The story has changed. We used to hear about the number of people dying but now we only hear about the number of new cases. We are told that new cases mean the virus is spreading and, even if we have no symptoms, we could be giving it to someone who will die. As we can see in the Cases graph below numbers diminished steadily from April to mid June but have since risen slowly. The media want us to believe that the “second wave” is coming and we will have to lockdown all over again. However, there is another explanation.

During March and April, when the virus was peaking, people who were clearly ill and hospitalised were the only ones tested. When they all started getting better, the ‘Test and Trace’ idea became prevalent. This involves testing as many people as possible, especially those who may have had contact with someone else who has tested positive. When more people are tested more positive test results will be found. Does this mean the virus is spreading? The answer is not necessarily because of what the test is actually looking for. The PCR test involves taking a swab of the back of the throat and nostrils. The swab is then tested for genetic material from the virus. Remnants of viral RNA can remain in the body for weeks, or even months, and can be detected by this very sensitive test. Therefore, if you had the virus 5 weeks ago you can still test positive but you are neither infected nor infectious.

Most of these new cases are in people who are asymptomatic, but if you have no symptoms you have no illness. The definition of ‘illness’ is to be in poor health or sickness. All these cases are irrelevant if the people are not ill.

Michael Mina is an Epidemiologist, Immunologist & Physician at Harvard School of Public Health & Harvard Medical School. On August 21, 2020 he wrote this to explain the sensitivity of PCR tests for Covid19 and how they are able to give a positive result for people who are no longer infected nor infectious.

1/The molecular tools we use like PCR for #COVID19 tests detect the virus genome. Like detecting DNA in a piece of hair, detecting virus RNA tells little about whether the virus is still active…

2/When the virus is growing and someone is transmitting virus, it grows to billions of viruses. So it’s easy to detect when virus load is high using antigen tests (look for the virus proteins themselves) or PCR (look for the RNA) …

3/But after the virus is cleared by the immune system, all of those viruses leave little trails of RNA behind. The RNA gets stuck in vesicles on the cells and it can sit there, in the nose or mouth, for weeks or months at very low levels…

4/So what does this have to do with a super sensitive PCR test being too sensitive that it can potentially cause more harm than good…?

5/The PCR test can continue picking up that leftover RNA the whole time it is there – for weeks or months AFTER the viral infection has been essentially cleared. So ultimately, the majority of time spent in the PCR positive state is after infection, not transmissible

6/So this can be harmful if testing is very infrequent like it is in the US (most people get tested only once, if ever – but even if testing every few weeks)The idea of the super sensitive PCR test is to detect people when at low viral load at the beginning of infection

7/But if screening tests are only every few weeks, the chances you detect someone in the very short window of time between turning PCR positive and having 10x higher viral loads (the virus grows fast and exponentially inside the body) is very slim. This window is hours.

8/On the other hand, with a very sensitive test, people might stay positive for many weeks or even months because it continues to detect the leftover RNA from the past infection. But this can be bad – it leads to unnecessary quarantines of people already past their infection

9/ If doing low frequency screening of asymptomatic people with PCR, the majority of people found to be positive will be detected only after their infection. So in the US we are unnecessarily quarantining millions of people, assuming they are infected when they’re already recovered

10/And we are contact tracing all of these people and quarantining and testing their contacts looking only at the two days prior to their swab for the test – meanwhile they were likely infectious 1-5 weeks earlier! So wasting resources tracing the wrong people.

11/To sum, we are using extremely sensitive PCR tests for screening. They are expensive and limited so we do them very infrequently. What we gain is ability to find someone a few hours earlier – only IF by chance the swab is taken in the few hours where it makes a difference

12/What we lose is ability to more frequent tests and thus do not catch people when it matters. Further, we mistakenly end up quarantining millions of people for 10 days because we erroneously assume any PCR + test was collected at the beginning of an infection. When most are after.

13/So maybe the most sensitive PCR test is not only costly for screening, but maybe even more damaging than a cheaper more frequent lower sensitivity test. The apparent missed cases maybe aren’t false negatives. Maybe the (+) on the PCR are False (+) for actionable results

14/I think it’s time we take a hard look at the types of tests we are using, what they do and do not tell us about infection, and figure out how to use them accordingly, instead of just assuming that more sensitive is better. Maybe less sensitive is better for some things.

15/ To finish, high sensitivity PCR is great if you are a doctor and need to know what is wrong with your patient. Like a detective, you want all shreds of (RNA) evidence. But it’s not always better & sometimes a lower sensitivity test is more accurate at detecting active infection. We published on some of these issues as well as how the viral load data from the PCR could be better used clinically earlier this year: “To Interpret the SARS-CoV-2 year, consider the Cycle Threshold Value”

Thousands of people have lost their jobs; businesses have closed; depression, suicides and paranoia are on the rise; cancer patients go untreated; children are frightened, unschooled and masked; we are not allowed to have parties or go to watch sport; we are suspicious of our fellow humans; we have sacrificed so many freedoms for the sake of ….. what? We are doing this for a rise in test results that show that people who are not ill had a virus at some time. This is not okay. This is not science. This is an agenda and it is not for our benefit. We need to complain and fight back.

2 thoughts on “Covid Testing and Cases”