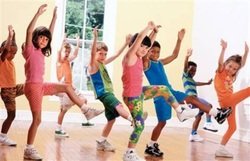 The title of this post is the same as one of the chapters in my book, Stop Feeding Us Lies. The rest of this post, between the lines, is an excerpt from that chapter.

In today’s politically correct world, you are unlikely to hear anybody in public office saying, ‘Physically fit children are academically superior to unfit children’, which is a problem because research from around the world has proved this to be true. As I explained in Chapter 3, physical activity increases the production of nerve-growth factors in the brain. One of the reasons we possess elaborate brains is because our ancestors, over a long period of time, were chasing animals for food. It has recently been discovered that the process of enhancing brain function by exercise produces rapid results in the development of children.

In October 2013 Professor John Reilly, from Strathclyde University, and Doctor Josie Booth, from Dundee University, published their findings from a study which is following the lives of 5,000 children born in 1991 and 1992. This group is known as the ‘Avon Cohort’. The researchers examined the amount of moderate to vigorous physical activity the children were doing at the age of 11 and compared this to their academic performance in English, mathematics and science. Their results showed that the children with higher levels of moderate to vigorous exercise had better academic performance across all three subjects, and this was true for both boys and girls. The children were assessed again at both 13 and 15 years of age, when it was found that their academic achievement was still linked to how much energetic exercise they had taken when they were 11.

Professor Petri, from the University of North Texas, studied 1,211 children of very diverse ethnic and social backgrounds. As well as testing their fitness and academic achievement, he also took into account other influences like self-esteem, social support and economic status. At the end of the study he said, “Cardiorespiratory fitness was the only factor that we consistently found to have a positive effect on both boys’ and girls’ grades in reading and maths tests.” So, the frequently quoted idea that children from poor families, given little support, are always going to struggle in school because of their backgrounds is not proven in this study.[3] In fact, physical fitness was shown to be the most important factor relating to academic grades.

There are many similar studies, by different universities, which also found a direct link between physical fitness and performance in school, but at the University of Michigan they went a step further and showed why this happens. Professor Art Kramer studied a group of nine and ten-year-olds by testing their ability to use oxygen while running on a treadmill. This is a standard measure of fitness, which is often used by athletes, and he discovered that the physically fit children were much more efficient at using oxygen than the less-fit children. When he tested their mental capabilities, it was clear that the fit children had a greater ability to remember and integrate various types of information than their less-fit peers. He knew that a part of the brain called the hippocampus is particularly important for the formation of memories, so he gave these children an electronic brain scan to measure the relative size of structures in the brain. When he analysed the MRI (magnetic resonance imaging) data, he found that the physically fit children had a bigger hippocampus than the out-of-shape ones. On average, it was 12% larger which is clear evidence that physically fit children perform better in academic tests than unfit children. This happens because the physical exercise, which has made them fit, has also enlarged the parts of the brain that improve memory through the production of nerve growth factors.

This is very significant information for the education of our children. I have studied the National Curriculum and it contains no requirement to improve the physical fitness of children during PE lessons. There is no mention of a raised heartbeat or increased strength but children are expected to be able to explain why exercise is good for them. There is a great opportunity here for schools to improve the performance of their children. Other research in the book also shows that increased exercise and fitness is likely to improve their general health, mental health, self-esteem and long term prospects.