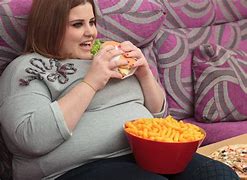 I have worked for most of my life as a Pharmacist. However, I left my profession earlier than I had intended to because I was frustrated and disillusioned. I was seeing so many people who took their medication but never got better. They had metabolic diseases and their drugs were treating the symptoms, but not the root cause, of the illness. Type 2 diabetes, heart disease, hypertension, obesity and insulin resistance are the components of what is known as metabolic syndrome. These are all lifestyle-induced abnormalities and the most significant root cause of them all is a bad diet.

In the UK there are more than 20 million obese people, and at least 4 million have type 2 diabetes. Why has this happened when there is so much advice available on ‘healthy eating’? After a lot of research, it became clear to me that the advice we are being given is wrong. Since 1983 the NHS has been promoting the consumption of carbohydrates in place of dietary fat. Saturated fat has been vilified despite the fact there is no scientific evidence that saturated fat is harmful. The relentless weight gain and prevalence of diabetes is driven by insulin resistance, which is caused by eating too much carbohydrate. I was appalled at the realisation that the diet recommended by the NHS, and many nutritionists, is causing all our metabolic malaise.

The Government response to the SARS-Cov-2 virus has involved the most draconian restrictions ever imposed on healthy people. In March we were told a three-week Lockdown was necessary to save the NHS from being overwhelmed. Nine months later we are still severely restricted. ‘Saving the NHS’ has been a constant theme along with social distancing, masks and quarantine. This implies there is nothing else to be done while waiting for a vaccine. When Government agencies, like Sage, are telling us what to do I always pay attention to what they are not saying. They have never suggested anything with which we could boost our own immunity. Surely, if we all had a potent immune system that would reduce demands on the health service.

Covid19 is a nasty viral disease, which, sadly, has hastened the death of many people. Why do Johnson, Hancock, Whitty and Vallance never mention the fact that 95% of the people who have died had at least one pre-existing metabolic condition?

The health service, which they are so keen to save, is constantly under pressure from all the millions of people who have diet-induced diseases. The real health emergency in the UK is not a coronavirus; it is metabolic syndrome. The Government has spent a staggering £350 billion on one virus. Imagine if they had put all that money, time and effort into tackling what really ails us. They could have improved the health and well-being of tens of millions of people, slashed the NHS bill for years to come, whilst also preventing a great many Covid deaths. Chris Whitty is the Government’s Chief Medical Officer and Patrick Vallance is its Chief Scientist. Throughout their tenures, they have both failed to tackle the diseases which cause hundreds of thousands of premature deaths every year.

They have failed to mention a recent study from Spain which measured the blood sugar levels of hospitalised Covid patients. Those with the highest blood sugar were 50% more likely to die from the virus than those with the lowest levels. We are told to base our meals on carbohydrate rich foods like bread, rice, pasta and potatoes. These are all known as starches but our digestive system breaks them down into simple sugars. The elevated blood sugar that follows can have drastic effects. Someone with uncontrolled type 2 diabetes may suffer from kidney damage, blindness, nerve pain, gangrene leading to amputation, dementia, heart disease and increased susceptibility to infections. A study in 2011 showed that raised blood sugar hampers our innate immune system. Healthy immune cells have a variety of functions including the ability to recognise certain molecular patterns, which identify bacteria and viruses as pathogens. High levels of blood sugar were shown, in the study, to diminish the ability of immune cells to recognise infectious agents. If we cannot recognise a virus, we cannot initiate the response we need to eliminate it.

An excellent diet not only prevents modern, non-communicable diseases but also helps us to fight infections. We need to eat a diet which keeps sugar, and therefore insulin, levels low. Good health comes from a low-carbohydrate, high-fat diet, which is the opposite of official advice. A robust immune system also requires certain critical nutrients to function properly. One of those is selenium, which is needed to produce infection-fighting T cells, B cells and antibodies. Zinc is another trace mineral which is important for maintenance and development of immune cells. Lymphocytes and natural killer cells do not form properly, nor function properly, unless there is an adequate supply of zinc. Studies have shown that people with optimum levels of zinc are far less likely to die from Covid than those who are deficient. The best sources of selenium and zinc include salmon, tuna, beef, chicken, free-range eggs, mushrooms, sardines, nuts and dairy products.

Vitamin D has a wide range of benefits in the human body. An optimum level of Vitamin D has previously been shown to reduce the severity of an Influenza infection. Knowing this, some researchers tested the vitamin D status of hospitalised Covid patients and found a clear relationship: the lower the Vitamin D levels, the worse the outcome. Properly controlled trials have now been conducted which confirmed these observations. We make Vitamin D, from cholesterol molecules, when the sun shines on our bare skin but during the winter we need to eat oily fish, eggs, liver and beef to obtain a sufficient supply. Supplement tablets are also available.

I am not suggesting that an optimum level of these nutrients is a cure for Covid, but, if you become infected, your chances of a severe illness are considerably greater if you are deficient. Why have Whitty and Vallance never mentioned this when there is no downside to having an ideal intake of essential nutrients? It is important to note that the great majority of foods containing selenium, zinc and vitamin D are of animal origin and high in fat. We are frequently told we need to reduce our intake of meat. This message is driven by dogma and not by science. Red meat is the most nutrient-dense food humans can eat. We evolved into the dominant species on the planet because, for over a million years, our ancestors chased after, and ate, animals.

Admission hyperglycaemia as a predictor of mortality in patients hospitalized with COVID-19 regardless of diabetes status: data from the Spanish SEMI-COVID-19 Registry — COVID-19 Research Collaborations (elsevierpure.com)

Selenium in the Immune System | The Journal of Nutrition | Oxford Academic (oup.com)